The Bartle Test of Gamer Psychology is a way of organizing MMO players into 4 different categories: Killers, Achievers, Socializers, and Explorers. MMO designers still use this system today because knowing what types of players prefer your game makes it easier to market your game. I recommend the Extra Credits YouTube episode for more details on understanding how this all works.

Now a while back, we did a blog post on our own categorizing: Sticks and Stones, Rubber and Glue. In that post, we classified RPG player characters into 4 different categories: Sticks, Stones, Rubber, and Glue. The purpose of that article was not only to address differences in player characters but also to point out that a good RPG group needs all four of these player types.

Today we are going to take a step back and look at RPG PCs from a GM’s point of view. Like MMO designers with the Bartle Quotient, a GM that knows her players’ styles and preferences can better design adventures and campaigns to let players thrive or target new players for recruiting. But GMs also often have to be bards, doing a little bit of everything through storytelling and performance to make it seem more real.

Also remember that people are complicated, and most of us have a different degree of all 4 types in our RPG player personalities. So make sure to consider that many if not all of your players will do a little multiclassing with their player types. We’ll talk some specifics on that as well.

Now, without further ado, here are some tips and suggestions on being a GM with the 4 player types.!

If your group sits around in long discussions or waits to be told what to do, then you definitely need a stick in your group. And not the kind that enjoys making other players suffer. You want a player that enjoys interacting with the world and fellow players.
If you want to recruit a stick into your campaign, talk up the roleplaying of the game. Offer an example of something a player can do in your game that they might not be able to in others, or talk a bit about uncovering the mysteries of the game world. When they sit down for their first session, make sure they have an opportunity to try something interesting with a positive consequence, and don’t let the other players talk them out of it.
To make things interesting for a stick, you will want to play up a variety to the consequences of their actions. Sticks will ALWAYS find something to do. Your role as a GM will be to reward/punish them fairly for what they do. For example: provoking an NPC may not always be a bad thing for the group’s goals, but it should consistently make them upset or at least like the PC less.

Sticks like to poke things and see what comes up, so multiclassing with another type usually means giving them a method to deal with the consequences of their actions. A stick whose group bails them out of trouble will start supporting that group with glue methods. A stick that tries to take responsibility for their own actions will better benefit from the tried and true method (stone) or the right tool for the right consequence (rubber). 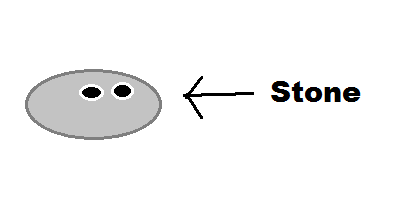 If your group has difficulty overcoming challenges or struggles with plot encounters, then you definitely need a stone in your group. And not the kind that ignores everyone else. You want a player that enjoys reacting to what the world and other players do in the game.
If you want to recruit a stone into your campaign, talk up how effective a specialist is. List examples of mechanics that boost abilities and story examples of how that specialist would triumph in their field of expertise. This works especially well if you can find out what sort of character the stone likes to play. For their first session, make sure there is an antagonist that seems difficult for the other players to overcome but fails spectacularly against the stone’s specialization.

To keep a stone interested in your game, you want to give them opportunities to shine. The variety should not be in the challenges but rather the narrative and motivations around the challenge. For example: a stone’s skills might be needed for the same task to rescue orphans in one episode and then kill a monster that terrorizes kind elderly couples the next. Stones always want to be great at what they do, so validate that by giving them the chance to do their thing in a variety of circumstances.

If your group is bored with your encounters or tends to ignore a lot of the hooks you set out for them, then you definitely need a rubber in your group.  And not the kind that enjoys arguing with everyone else at the table. You want a player that is interested in interacting with and reacting to the world you created.

If you want to recruit a rubber in your campaign, talk up the variety of things player characters can do. Skills, stunts, classes, powers, and so on. You do not have to go into every single detail, but if you give a list that the rubber understands how many options they are, you have a good chance of hooking them. You can also talk puzzles and give examples of how you reward clever thinking to really seal the deal.

For a rubber to stay excited about your campaign, you need variety. Any new element will excite them: new mechanics to consider, new environments, new story plots, new NPCs, and of course new puzzles. Just be careful not to overwhelm them with changes, keeping a pace so that they do not feel they are being punished for ‘breaking the game.’ For example: if a rubber translates a forgotten language, you can start including cryptograms and other codes in that language so they can use their new tool without feeling like it is boring to use. 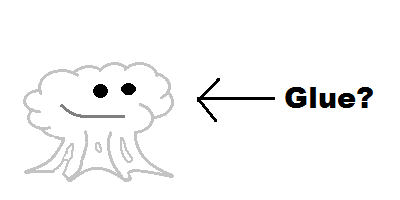 If your group tends to split themselves up and do their own thing or struggles with working together, then you definitely need a glue in your group. And not the kind that tells other players how to take their turn. You want a player that is interested in reacting to and interacting with the other players in the group.

If you want to recruit a glue into your campaign, talk up the social interaction. Give examples of situations where the party needs a healer, booster, or tinkerer and explain how important these roles are in the campaign. In their first session, encourage them to aid a fellow player character. Then add some story flavor to that player’s next victory to include how it was made possible in part to the glue’s help.

While a lot of keeping a glue happy does depend on fellow players, there are some things that you as a GM can do to keep a glue player coming back to your games with enthusiasm. When the glue talks the group into making a choice based on their role as a moral compass, you can ‘table talk’ about how bad things would be if they made the ‘other’ choice. Also having NPCs build good relationships with the glue will make them feel like they are supporting good people outside of the group and build their attachment to your game world.

I ran a Fate Core one-shot once where only one of the three players had ever played an RPG before. The other two (friend and girlfriend) were just there to do what the one player wanted to do. So the friend’s character got sick and couldn’t do much, while the girlfriend just flirted or flashed her way through the challenges. No one really seemed to be having much fun at first.

About halfway through, the group found a dying NPC that was just there to deliver one piece of information and then die in front of them to escalate the tension. The girlfriend was suddenly invested in the story. “Can we save him? I want to save him! How can I save him?” So I told her what to roll, and she saved him.

The friend got excited about this too and wanted to know how to find other people that were dying “Because my aspect thing says I’m a hacker, can I hack the security to find them?” I told him he could, and he did! At that point I pretty much threw out the rest of my notes for hunting down aliens and made up more NPCs for the group to rescue, which they did for the rest of the game. And we had fun doing it!

As a GM, you want people to play your game and enjoy playing it. Figuring out what people like and them working it into the story you are writing is a challenging art. We hope that some of the tools we offer in these blogs will help you be a better Bartle for running your game and bard for telling the story!

If you have any tips, tricks, or stories about helping a player grow then please share them with us.